Against Violence and TortureJoint Statements
On Feb 19, 2018 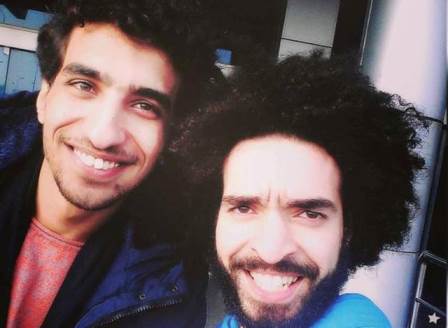 The undersigned organizations condemn the continued disappearance of journalist Hassan al-Banna Mubarak, age 25, and researcher Mustafa al-Aasar, 26, who works at the Regional Center for Rights and Liberties. Both men have been missing since February 4. Although the security establishment denies detaining them, their last cell phone signal was picked up from the security forces camp in Giza, which is subordinate to the Interior Ministry. There are indications that they are currently being held at the Homeland Security headquarters in Sheikh Zayed.

The undersigned organizations urge the Egyptian authorities to swiftly disclose their location and the justification for their detention. We hold the authorities fully liable for their physical and psychological safety in the event that they are subjected to any form of torture or violence during their disappearance.

The family of Hassan al-Banna released a statement 48 hours after he went missing, explaining that following an exhaustive search and investigation encompassing police stations, hospitals, and cell phone records, it emerged that the two men were in the security forces camp in Giza. Hassan’s family therefore considers it likely that he was kidnapped and forcibly disappeared by a security agency.

The family sent urgent reports to the Public Prosecutor and the Interior Ministry demanding information on the disappeared men. Al-Banna’s family also filed a notice with the Public Prosecutor regarding the incident. The day before yesterday, the prosecution heard the lawyers’ statement that off-the-record information had reached them, indicating the two men were being held at the Homeland Security headquarters in Sheikh Zayed.
The undersigned organizations are extremely concerned about the fate and safety of Hassan al-Banna and Mustafa al-Aasar.

The Egyptian security apparatus is currently engaged in an unprecedented campaign of abduction, enforced disappearance, and the systematic use of torture to coerce confessions in undisclosed detention facilities. Families and lawyers are often shocked to find their loved ones suddenly appearing before prosecutors, their bodies bearing traces of torture, after confessions extracted through interrogations unrestrained by even the lowest of legal standards and held without the presence of a lawyer.

From June 30, 2013 to mid-August 2016, the Stop Enforced Disappearance campaign documented at least 912 cases of enforced disappearance, including 15 cases in which the victims are still missing. In its latest annual report, the campaign states that at least 378 people were disappeared between August 2016 and August 2017.

Amnesty International has documented 17 cases of enforced disappearance, during which victims including children were tortured for up to seven months.

On international day against torture, El Nadim: they closed the clinic, but our…

Egypt: Execution of nine defendants after unfair trial is retaliation, not justice

On international day against torture, El Nadim: they closed…

Egypt: Execution of nine defendants after unfair trial is…

The Fifth Anniversary of the Rabaa al-Adawiya Massacre:…